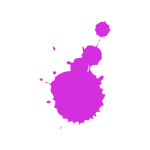 The B.ART call for applications, sponsored by the City of Turin and the Urban Barriera Committee and organised by the Fondazione Contrada Torino was open to artists, graphic designers and architects who will have the task of designing a concept and creating it on 13 blank facades on public and private buildings in the area of Barriera di Milano.

The call for applications, which comes in the wake of several positive previous experiences of public art in Turin, introduced some highly innovative aspects: one concept was selected, presented by a single entity (individual or collective), and installed on 13 empty facades, unravelling across the area as a story and defining, for the first time, a unified and evocative image that will also be available on commonly used objects. This was not an isolated intervention, but an integral part of the urban regeneration activities under the programme of Urban Barriera di Milano, which include a series of renovations of public spaces in the neighbourhood.

The way of choosing the winning entry was also innovative: a panel of experts undertook an initial screening of the received proposals, up to a maximum of five; in a joint session, which took the form of a public art lecture, the panel of experts together with a jury made up of representatives from the area, including building owners, school and association workers, and citizens who want to gain accreditation, selected the winning proposal that was realized by autumn 2014.

Within the Integrated Programme of UrbanDevelopment URBAN BARRIERA DI MILANO:

Under the patronage of: